My card was inspired by Amy‘s sketch #276 from Freshly Made Sketches.  Some Japanese paper fringed on the vertical sides and gold splattered was centred on a white card base.  3 Gingkoes were die cut in vellum, vanilla and white card stock and gold Liquitex ink brushed.  Then the word die “Bonne Fête” was also brushed with this same ink followed by a coat of Glossy Accents.  All four die cuts were tied together with gold thread (to which I applied the heat gun making it kinky 😉 )

Thanks for stopping by, your comments are truly encouraging …thank you!  BIG HUGz Joanna 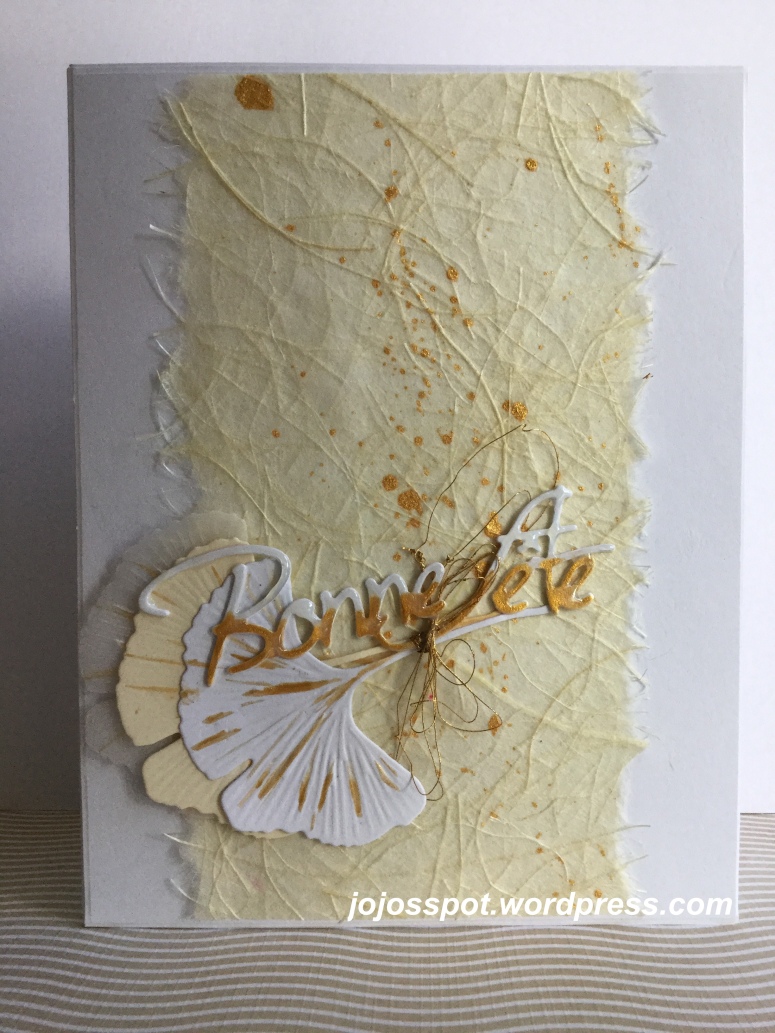